Given that commuting by bicycle is a realistic alternative between neighbouring municipalities or between municipalities directly bordering Budapest and the capital, it is important for the strategy to ensure that the agglomeration cycle path network forms a coherent system and is also linked to the capital's network. With the adoption of the Budapest Suburban Railway Node Strategy and the acceleration of rail development, it has become more important than ever to increase the use of bicycles for reaching public transport stops (especially railway stations). The development of cycling infrastructure also involves improving storage and maintenance conditions.

This not only serves to encourage convenient and easy modal shift and more sustainable modes of transport, but also climate protection objectives and the promotion of active and healthy lifestyles. To promote these objectives, a key element of the strategy is to endorse awareness-raising and attitudinal change regarding cycling. The strategy is prepared in close cooperation with the Hungarian Cyclists' Club.

The study area was defined by considering a combination of different aspects, such as the definition of the functional urban area by the Hungarian Central Statistical Office, the proportion of commuters, and public transport supply. The conceptual boundary is the wider area for which the status analysis and conceptual planning should be carried out. It is within the narrower action boundary that the proposals should be developed and assessed in more detail and the action plan drawn up.

Between August and December 2021, the consortium will work on the evaluation of the current state, the identification of problems and development needs, including the active involvement of the population and stakeholders through questionnaires and professional events.

This will be followed by the conceptualisation phase, planned between December 2021 and May 2022, during which the vision and objectives will be defined, as well as the development options for achieving them. The third phase of the project is scheduled to take place between May and December 2022, when the main activities will be to develop the tools to support implementation and to evaluate and prioritise the planned improvements.

In parallel to the preparation of the strategy, a Strategic Environmental Assessment will be prepared. 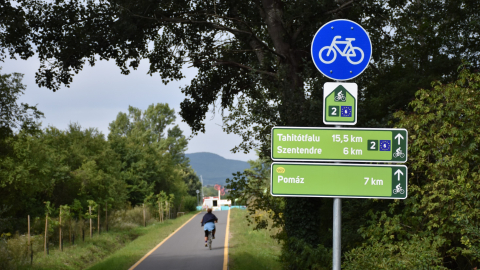