Update of the municipal transport scheme of Ruse

As a member of an international consortium, Mobilissimus takes part in the update of the transport scheme of Ruse, the fifth largest city of Bulgaria, with a population of ca. 150 thousand, while almost 170 thousand people live on the total municipal area. The public transport network consists of 8 trolleybus, 18 local bus and several suburban bus lines; there have been no major changes in the network and schedules in the last decades.

Mobilissimus is in charge of preparing an updated transport scheme of Ruse Municipality, including service analysis, development of alternative route scheme options with schedule concepts, transport modelling, as well as preparing detailed schedules for the selected scenario. DPK System’s CityLineDesigner sotware is used widely during these tasks.

Bulgarian partners are responsible for review of legal and socio-economic background, stakeholder analysis and the involvement of interested parties, as well as surveys necessary for the status analysis and transport modelling. 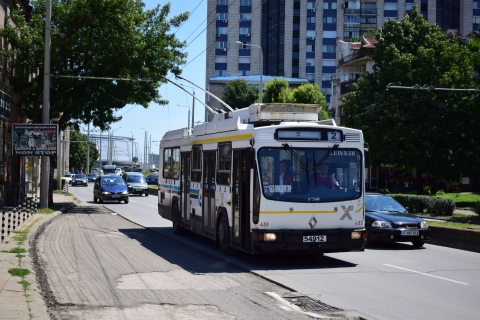