The French city of Bordeaux, with a population of 1.2 million including its agglomeration, was excessively suffering of car traffic by the end of the nineties. This situation was requiring a radical solution: as one of the leaders of the French tramway renaissance, Bordeaux has built the first elements of its network by 2003 after 45 years of pause. Lines A, B and C have been continuously developed since then, and by 2019 the network length is almost 71 km, and the first section of the line D was opened recently.

After the Île-de-France region around Paris, Bordeaux has currently the second largest network in France. The construction of tramways, according to French habits, meant not only the building of the infrastructure, but also a wall-to-wall urban development: the renewal of public spaces and green spaces, and, at the same time the city significantly reduced the capacity of roads. The overcrowded and chaotic parking lots in the centre of Bordeaux have been replaced by underground garages, parking houses and P + R parking areas at the tram stops, motivating users to switch modes. The tram carries nearly 300,000 passengers a day, and during peak hours vehicles are overcrowded despite the 3-4 minutes frequencies in the centre. Their technology is not common either: Bordeaux applies for the first time a modern third rail electricity solution (APS - Alimentation par sol), with the advantage that no overhead wires and pillars were needed in order to visually protect the historic downtown. All the three tram lines reach the Bordeaux Ring Road, and in many places also the developing suburban railway stations, making the public transport a serious alternative. In addition to the tram, cycling solutions also developed tremendously, with designated cycle paths and corridors providing the important conditions for safe transport.

Bordeaux is also a leader in micromobility, with 4-5 e-roller rental companies, city and market-based bike rental systems, with dedicated mobility points alongside several tram stops. The old downtown bridge of the Garonne River, the Pont de pierre (Stone Bridge), is now exclusively open only to trams, pedestrians and cyclists, and cars have been permanently excluded from there. As an antecedent investment, the Jacques-Chaban-Delmas Bridge was built a few kilometres northbound and can be lifted when larger ships arrive. Bordeaux is not only one of the most liveable, lovable and conscious cities in the competition of major French metropolises, but also a winner place among European towns. 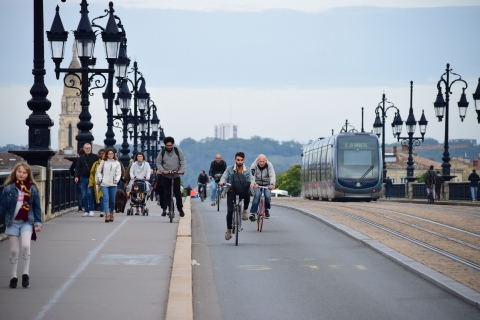 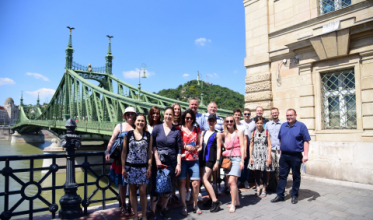 Between 15 and 17 June 2022 Magyar CIVINET hosted the delegation of Czech and Slovak CIVINETs. The goal of their study tour to Budapest was to learn about the mobility and city development of the capital with a special focus on the sustainable elemen...
More »
21 Jun 2022 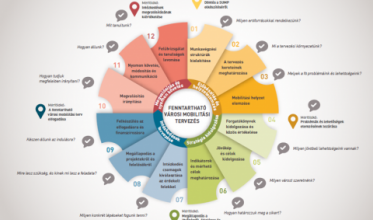 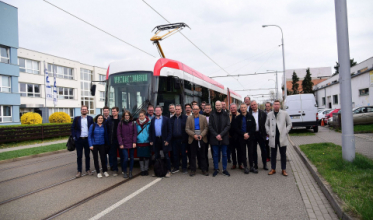